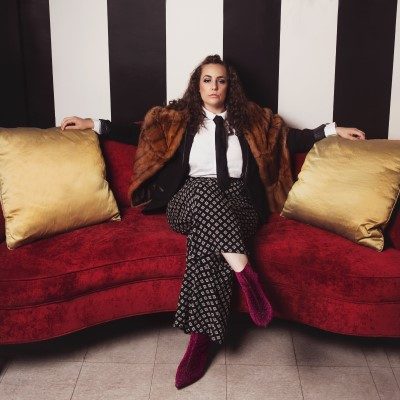 Modern Motown is in full force with Landry’s latest release Like a Boss. The Ottawa songstress, classically trained from Carleton University, introduced herself with her debut EP Chin Upback in 2016 and she’s been busy ever since; performing at numerous local venues and events including Ottawa Fashion Week, 12 Musicians of Christmas, Options Jazz Lounge, and RBC’s Ottawa Blues Fest. In 2016, she launched her tribute concert series at Ottawa’s LIVE! On Elgin. The debut show “Back To Black: A Tribute To Amy Winehouse” saw two sold out performances. During that time leading up to her new EP release, she created her holiday EP “A Christmas Night” which featured all original music by Landry.

Landry wastes no time making a first impression with the title track. “Like a Boss” is undeniable; a sizzling pop/motown mix brought to life with a dynamite horn section. The soulful vibes continue into the sweetness and flirtatious vocals of “Baby Blue” before moving to “Flatline” – next to a smooth baseline,  Landry floats between soulful wallowing and a pick-yourself-back-up attitude. Note the honesty of lines like “please just leave me alone, I swear I’m doing fine” because like most of us, sometimes we just need to feel sorry for ourselves when things don’t go our way. Taking an acoustic turn is the inspirational, lean-on-me love letter “Hold You Down” where we hear the softer side of Landry’s voice, with lovely harmonies throughout. We come to the finale, a piano leads us into “Goodbye”, a song of loss and nostalgia that sees her voice at its steadiest – no major runs or vast vocal ranges, just Landry and an organ. A beautiful send off to whomever this letter was intended for.