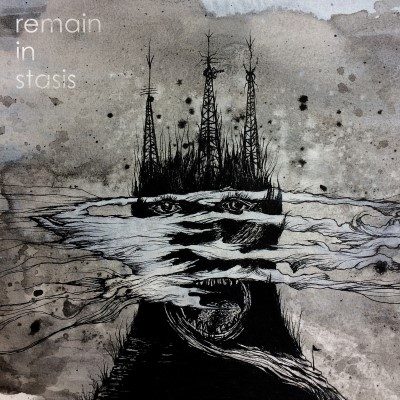 What I feel was the most striking revelation I learned going into this album
was that all of Remain In Stasis was written, produced and mixed
by Marc. This almost seems hard to believe when listening to the intricate
electronic guitar work and strong modulated vocals. Marc is clearly a very
talented artist.

The overall tone of Remain In Stasis steeped in deep melancholy with
occasional pitches of rage – as if the album struggles against its own
‘stasis’ till it explodes in fits. Marc’s music seems tailor-made to
invoke catharsis in the listener and would be good company for someone
experiencing frustration to know they are not alone.

A standout on the album for me was the track “A Number of Years”.
This song makes good use of Marc’s haunting voice and a rambling classical
guitar riff throughout the track to convey the unrelenting passage of time
while telling an atmospheric ghost story.