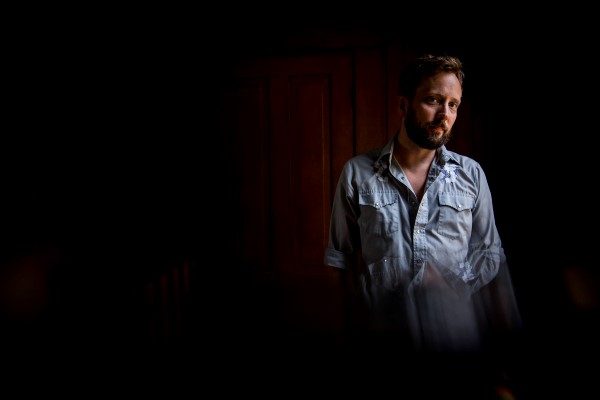 Vancouver Island-based singer-songwriter Ryan McMahon is starting off 2019 with the release of his 6th full-length album, In Line For A Smile on February 1, but today we are happy to unveil the second single, of the same name!

Check it out below, and find out more about Ryan in our interview with him.

Your 2nd single and title track from the new album, ‘In Line for a Smile’, explores the idea that we are all waiting for recognition, and yet we can find it pretty easily with human interaction. What’s better than looking up and receiving a genuine smile? Do you think it all comes down to people just wanting to be seen, heard and understood? Does positive connection of any kind = happiness?

‘In Line for a Smile’ began as a poem, and I took Serena Ryder’s advice and started singing the melody to it before adding instrumentation.  I didn’t realize until after the arrangement was finished that the song had kind of a tongue-in-cheek melancholy to it that basically addressed my manic blues head-on.  I hadn’t ever done that before.  There’s a lot of that truth mentioned in this particular song: comparing myself to everything and everyone, addressing the amount of drink that I consume at times, and the notion of feeling so unbelievably small and inconsequential that you can’t even breathe.  You know, lighthearted stuff like that.  As for positive connection equating to happiness?  Part of it for sure.  As I approach these filthy 40’s, I find that my happiness is a choice; something I have to decide to find for myself.

In Line For A Smile (out on February 1st) is your 7th release and full-length solo album, how does it feel to be at this stage in your career? If you compare your first release and this album, what’s the difference?

I go back and forth between feeling accomplished and feeling like I haven’t checked enough boxes.  So the ‘Libra’ in me is hard at work as usual.  That’s ego and the ‘comparison game’ having it’s way sometimes.  Being worried about keeping up with the musical Jones.’  The difference between the sound of the new record in comparison to any of the others is that I hear more of my truths in the songs.  This was a pattern I started late in my songwriting life, but I guess what I’m saying is that I’m my true self in all of these numbers.  Every song has a purpose and knows where it’s going.

You formed Lion Bear Fox in 2012 with Cory Woodward + Christopher Arrunda and achieved much success with the group, but you’ve still continued to release solo work. Is it important for you to have the ability to write on your own and express yourself as an individual?

Writing songs has always been a compulsion for me, whether I thought folks were going to end up listening to them or not, so whenever LBF would find ourselves on a break between records or touring, I would still continue to write and record demos at my home.  A band like ours is a marriage, and when in a marriage, I believe it’s important to maintain one’s individuality.  In the end, it feels good personally, and when the band does find itself back together again, I return rejuvenated and am a better musician, writer and bandmate because I kept myself busy creating during the hiatus.

What’s on the horizon for 2019 and beyond? Is there more Lion Bear Fox music in the future?

LBF will definitely ride again but it’s just a matter of timing.  The band worked tirelessly for over 6 years, and everybody agreed that we experienced some degree of burnout.  We’re taking a few months off, but we do have commitments in Germany, Denmark, and Ontario this summer, so we’ll revisit writing new music before then.  As usual, with the band taking a break, I’m attempting to get my new album in as many ears as possible.  I’ll be heading to Folk Alliance in Montreal this February where I get to play with one of my songwriting heroes, Tom Wilson, which will be a treat.  Given the state of the music industry, and my current standing within it, I’m just happy to still be creating and performing as much as possible at this point.  The years fly by fast, and I’ve still got a lot of things to say, so there’ll be many more shows and many more recordings ahead.