By Jordyn Armstrong on January 14, 2019@jordynhannah95 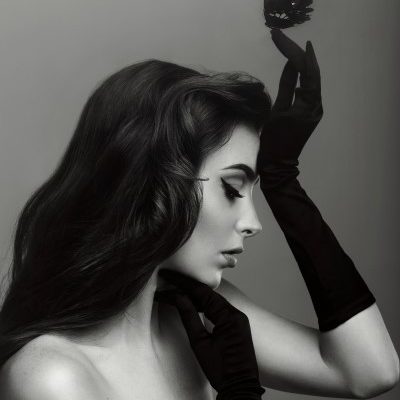 Ontario-born, BC singer, ROYAL released her newest album, Heart of Shadows in November. We had the chance to talk to ROYAL about her album and the underlying themes and influences within.

ROYAL is holding a dual album release party on February 1 with and special guest Emily Rowed at the Fox Cabaret in celebration of Heart of Shadows. Tickets are available for $12 in advance through ROYAL-Chersea.Eventbrite.com or for $15 at the door.

For more info, check out this interview below.

Your album’s theme really has to do with heartbreak and looking back on your youth. What was the main circumstance that drew it all together?

Some of the songs on this album really dive into one experience, while others are a combination.

“Kings and Queens” is a collection of what I began writing for my sister’s wedding, and the dangers of the power of love – meaning how there is a toxic kind of love that can be all-consuming and hypnotizing.

“Vessel” stems from a relationship I had to end and the realization that I had lost my identity within that and other relationships.

“Reminisce” is a plunge into the reminiscent memoirs of a love that was wild and free – a relationship that really opened my eyes to a whole new world.

“The Hunter” is dark story that is meant to provide hope and strength to those who have experienced or are in the arms of an abusive relationship.

Finally, “Rebel” is the heartbreaking learning curve of finding that you cannot love someone who does not love themselves – that after all your efforts and years of trying, they are too broken to be helped by anyone but themselves and their actions begin to suffocate you.

At what point did you decide that this is the direction you wanted to take your music, considering the theme is more reminiscent on your past, rather than something more recent?

It was never one distinct moment but more of an evolving path that led me towards my new musical stylings. The path was inspired by my life and my ever-expanding attraction to different genres of music. Once artists including Amy Winehouse, Lana Del Rey and Adele came into the world, there was really no going back for me.

You have quite a few different influences across several genres. Which of those influences do you think has a bigger impact on this album?

Musically, I would say Lana Del Rey. Lyrically – Missy Higgins. Emotionally – Amy Winehouse. The combination of these three artists essentially laid down the format for my creative process. I am very drawn to dark and moody music. I am one of those people who feels rejuvenated and energized by sad, depressing music – or music that goes deeper than small talk.

How has the response been from fans in the first few days of the release?

I have received an incredible response to the album thus far.

It completely blows me away how people can be so loyal and supportive for so long. After all, I have been pursuing music as a career for over ten years now. That’s a good amount of time that my people have put in!

I’m also overwhelmed by the amount of new faces listening, sharing and commenting on the new music.

It really means a lot to know that my music is connecting with others and creating long-time relationships with them. After all, that’s what music is all about: creating art that extends across all platforms and generates connection within the world and adds to the human existence.

What is the main thing you want your listeners to take away from this album?

I want to send my listeners on a journey through their own experiences that they hear in my music. I share my own personal experiences in hopes of creating comfort and unison to those going through the same or similar trials. Life’s hard, so let’s be each other’s shoulder to lean on and do our best to lift one another.

“Vessel” was the first track you released from “Heart of Shadows”. Was there a particular reason why you chose this song?

“Vessel” seemed to be the obvious choice to promote as the album’s first single for its more universal appeal. Every song on this album is super deep and emotional, so I wanted to kick things off on a lighter note. It seems to be more open to promotional campaign opportunities such as Spotify-curated playlist placement – and as it turns out, I was right! “Vessel” landed on the “Indie Pop Chillout” Playlist within its first release week. Very exciting!

Would you say it was a good indication of what to expect from “Heart of Shadows”?

Thematically, it’s representative of the album, but sonically, it stands on its own. “Vessel” laid down a successful path for the album to follow. The initial release and all of the publications that followed really set up a good spot for the album to be in. My team and I have worked hard to grow my engagement and reach with “Vessel” to prepare the world for what would follow.

Moving forward, what do you hope this album does for you?

I hope to achieve continued film, television and commercial placements with this album, as well as continue to build my brand recognition and develop more relationships with listeners and with those within the music industry. I am looking forward to building my team so that I may focus on more creative aspects of my career and generate more artist collaborations.

Now that it’s released, what do you have in the works? A tour? Already working on the next album?

There are many projects and plans in motion to continue the support of this release and beyond. We plan to have a cross-Canada tour in the spring and music videos featuring some incredibly talented actors whom I have hand-selected for these roles for not only their talent, but for what amazing, kind-hearted people they are. There are already a few more songs I would love to bring to the studio to complete, but I am forcing myself to remain focused on this latest release for now.

Thank you for taking the time to talk to us. We have one last question for you: what would you like to say to the fans and readers?

I want to extend my sincere gratitude to those who have shown me so much love and support with this album. I could not pursue this passion without you. To everyone streaming my music on Spotify, finding it on CD Baby and iTunes and all other platforms, you are rock stars – thank you!