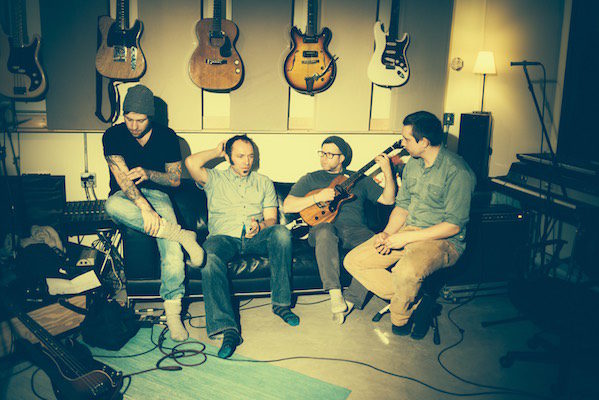 Last week, Yukon indie rockers The Dark Fruits announced the release of their debut album, “Authors of Affection”, set for March 1st. In the meantime, they have released their first single, “I’ve Got Time For You”, as a sneak peek of what’s to come!

“My original idea for this video was a Brady Bunch knock-off, where we featured a diverse cast of characters all singing the song to each other in different frames. I liked the fun feel of that idea, but then I realized it was going to be a technical challenge to produce and, more importantly, it didn’t present an obvious story to tell. I stayed with the headshot idea and started thinking of the Max Headroom from the 80s, and then it hit me: the video should be a newscast. I felt that the lyrics lent themselves well to being a news/weather script. ‘Holy, look! The sun shot a glare…’ isn’t exactly typical weatherperson banter, but the idea worked and once I found it, the script came together super fast.”