Home / Promos / Whitehorse share their take on “John the Revelator” 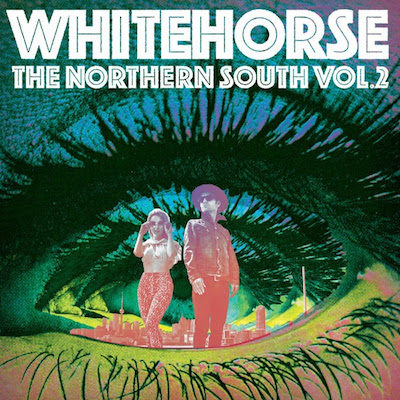 Toronto-based folk-rock band Whitehorse delve into end of days overtones with a fuzzed out, swampy take on the nearly century-old seven seals song “John The Revelator”. This track is the 3rd sneak peek at their upcoming record, “The Northern South Vol. 2”, set to release on January 2019. You can purchase/stream the track here.

In keeping with the larger mission of The Northern South project, where Whitehorse transpose 50s and 60s blues cuts into a contemporary framework, the duo’s treatment of “John The Revelator” sees the biblical signs of the apocalypse modified to comment on present realities: political, environmental and beyond.

“We pieced together the lyrics from several different versions to form something new, to touch on the end of days issues that feel pressing to us: global warming, Trump presidency, consumerism and religion itself, among other things.”

Luke Doucet, the other half of Whitehorse, adds:

“There’s a long history of rewriting this classic; many renditions include reworked lyrics since Blind Willie Johnson recorded it. So we’re not taking special liberties here but rather continuing the tradition of reinterpreting the story for the current era, as has repeatedly been the fashion.”

Following the release of “The Northern South Vol. 2”, Whitehorse will be playing a few shows in Ontario, Quebec and Yukon. Full list of dates below: