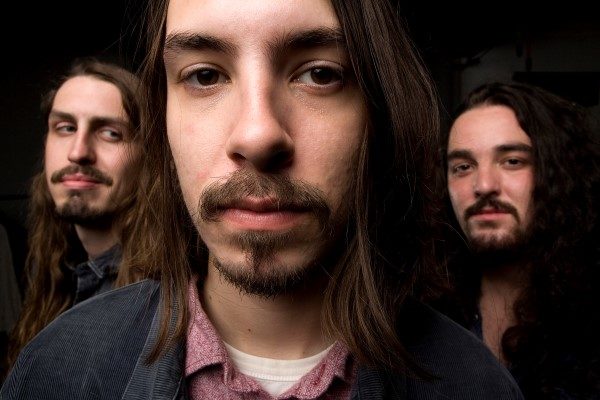 London, ON’s Basic White have released their debut single, “Time To Leave”, and we couldn’t be happier to share the video with you. The single is off of the band’s 10 song debut album, The Second Half which is set for release February 22, 2019.

Check out the video below and find out more about Basic White in our Five Questions With segment.

We are BASIC WHITE. Simply put, we’re a rock n roll band from London Ontario. But more importantly we are a group of really close friends who have extremely similar tastes in the music we like and in the music we want to create. We’re always focused on pushing ourselves to be better in our writing and performing. Me (Riley White) and Jordan Wallace (our drummer) met in college and began doing open mics, then a year after school ended we started a band. Then we approached Jordan’s high school buddy Sandro Di Stefano about joining the band, he said yes and we were on our way. That was almost 2 years ago now.

I would describe our music as a classic rock style with a modern/alternative rock feel. Our writing style is very hook oriented. We love to write chorus’s that people can sing back to us at shows. As well, we listen to a lot of different kinds of music so we draw inspiration from that to, and it helps to create ideas in the writing process that may not have necessarily been there before.

Our live show as a high energy rock ‘ n ‘ roll show, with a little something for everyone.

Well, besides our new single, I would suggest starting with “Way Up”. It seems to be a song our fans really connect with.

There is a wealth of Canadian talent out there right now. A few of our absolute favourites are The Glorious Sons, Band of Rascals, The Dirty Nil, Sam Coffey and the Iron Lungs, and Matt Mays. We’ve been listening to their records a lot lately.