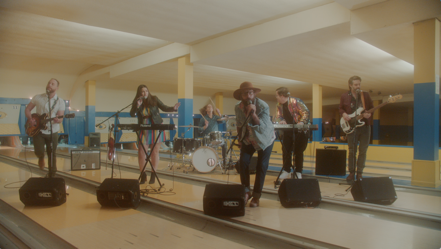 “Salvation” is the newest single from alternative rockers The Strumbellas and they have just released a brand new video for that track. The video was the idea of lead singer, Simon Ward, and was directed by The Young Astronauts. They gave families 30 minutes to choreograph a dance to the song, including one from the band themselves.