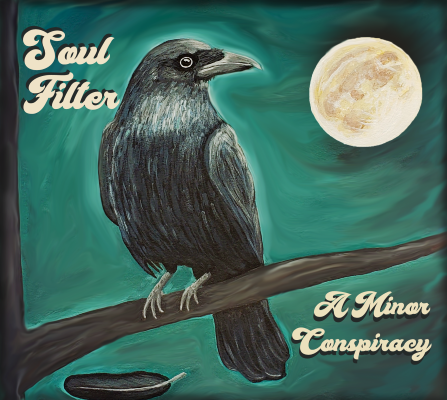 The album A Minor Conspiracy is the debut album of Prince Edward
Island’s Soul Filter.

Overall, A Minor Conspiracy has a distinctly 90’s feel, channelling the
works of Sheryl Crow and Holly McNarnland by putting strong lead female
vocals front and centre. The album then pairs vocals with classic guitar,
electronic guitar, drums and even harmonica on some tracks. The lyrics of
A Minor Conspiracy also covers topics commonly seen in Crow’s work of
love, heartbreak, rebellion, and freedom.

Apart from it’s 90s aesthetic, A Minor Conspiracy also has a very casual
and easy feel. This makes sense given the members of Soul Filter has been
working together for over 15 years. You really get the feeling that not
only could this band jam together in their sleep, but they’d have a lot of
fun doing it as well.