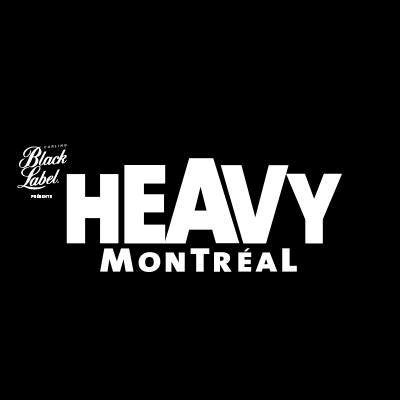 Metalheads rejoice for HEAVY MONTREAL, presented by Black Label, will be back on the 28th and 29th of July, 2019 at Parc Jean-Drapeau.

For its 10th edition, Heavy Montreal 2019 is proud to announce that SLAYER will be headlining the festival and destroying everything in their path for their final performance in the province of Quebec. Back to basics on the completely redesigned HEAVY site, do not miss your last chance to see the legendary band in person!

In 1981 when Slayer first formed in Huntington Park, CA, bassist/ vocalist Tom Araya was 20 years old and worked as a respiratory therapist, guitarist Jeff Hanneman, a rehearsal studio employee at the time, was 17, drummer Dave Lombardo was 16 and delivered pizza, and 17-year old Kerry King was a full-time guitarist. Fast forward nearly 37-years and Slayer remains the preeminent punk-thrash-metal band that other heavy acts are measured against and aspire to, and up-and-coming metal heads continue to revere and emulate. Slayer is a metal juggernaut, with songs that are dark, aggressive and without mercy, mirroring the turmoil and aberrations of our society.

SLAYER’s exact performance details will be announced on the Facebook event at a later date, but you can RSVP now to make sure you don’t miss a thing! All updates about WAVES will also be posted in the festival Facebook event.

GOLD PASSES:
The best way to experience the HEAVIEST weekend of the year. The GOLD pass will get you access to:

Here’s what you’ll experience at ’77 Montreal: