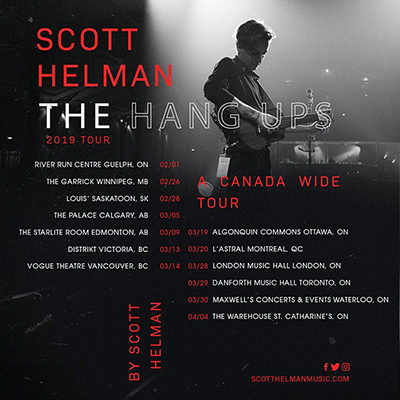 Fresh off his European tour with Vance Joy and his headlining tour in the Northeast United States, Scott Helman has announced his upcoming headlining Canadian tour. The tour will kick off on February 26 in Winnipeg and will hit the Western provinces before heading into Ontario, with a stop in his hometown of Toronto on March 29, and Montreal. Just before the tour starts, Scott will headline a show at the River Run Centre in Guelph on February 2.

Tickets for the Hang Ups tour are available now at this link.