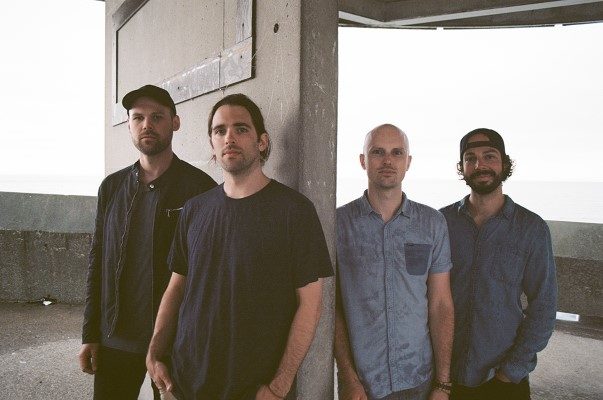 Who: Phantom Atlantic
When: December 7, 2018
Where: Radio, Toronto ON

As we walked into Radio, I wasn’t sure what to expect; I had never been here before but I was so excited to see what was in store. Once we walked down the stairs and turned the corner I couldn’t believe what a hidden gem Radio actually was. WE saw people gathering in the open area in front of the stage anxiously awaiting for Phantom Atlantic to take their place on the stage.

Once the crew and band came out to start testing out their sound, setting up some last minute things before the were prepared to blow the crowd away. Phantom Atlantic took the stage and when the first drum was hit you knew you were in for an amazing show. The band kept their entire set high energy and in a venue like Radio everyone was dancing to the music. The band’s high energy was felt throughout the crowd, known for loving every minute on stage you can tell from their set that Phantom Atlantic was born for this.

If you have a chance to see Phantom Atlantic play, I urge you to go see them. While watching them, you can see the passion behind each song; when they played their new single “Beneath Your Moment” was one of their standout moments of their set. They made sure that every attendee understood the intensity and the devotion they have to each song and to each one of their fans.

thesecretlifeofbee.portfoliobox.net/
Share this:
Related ItemsBeneath Your MomentontarioPhantom AtlanticRadioToronto ON
← Previous Story IN PHOTOS – One Bad Son with The Static Shift and The Conversation Killers – The Gateway, Calgary, AB
Next Story → Drivewire in Brampton, ON was a definite success