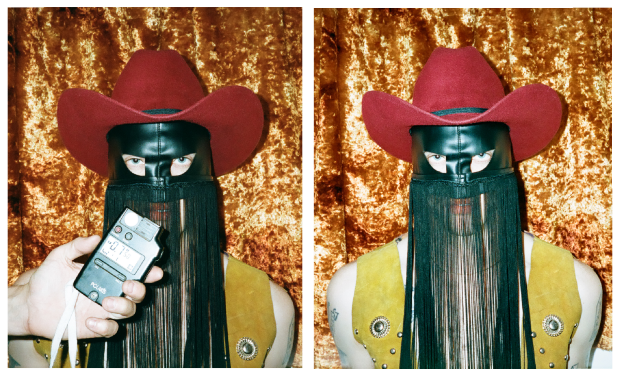 Enigmatic Canadian country singer, Orville Peck has released his debut single and music video for “Big Sky”. On top of this, the track is off his upcoming debut album, due for release in 2019, which he has just signed a deal with Sub Pop and Royal Mountain for the release.

“Big Sky” is a grim ballad led by Orville Peck’s rich baritone vocals and accented with an electric guitar with a tone – reminiscent of an old Cowboy film – that cuts through the sparse nature of the track.

Orville Peck will tour extensively in 2019, beginning with two Canadian dates, and followed by a three-date London residency February 28th-March 2nd, shows in Amsterdam on March 5th and Berlin on March 6th. Then in May, he will support Lord Huron with a string of midwest-southwestern US dates May 6th-May 12th.

Share this:
Related ItemsBig SkyCanadianCanadian Countrymusic videoOrville PeckRoyal MountainSub Poptour dates
← Previous Story Fatal Switch release new video, “Who We Are”
Next Story → “We made our list, and checked it twice” check out part 2 of CB’s Christmas Music 2018!