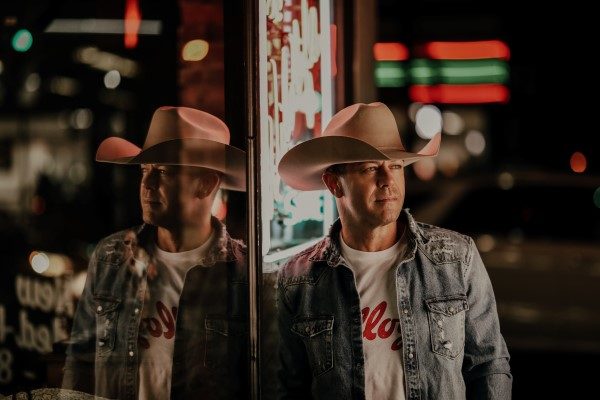 Canadian country heavy-hitter Aaron Pritchett has ed out another smash with his latest single “Better When I Do” – following his Top 10 charter “Worth A Shot”, the latest release off his upcoming EP Out on the Town. The Juno and CCMA nominee has been at this game for a long time – racking up accolades and hit songs including the Top 10, GOLD-certified hit “Hold My Beer,” followed by the 2008 hit “Let’s Get Rowdy” and “Dirt Road in ‘Em,” the lead track from his #1 album The Score.

With his EP set for a 2019 release and an upcoming tour with Kira Isabella and David James, we caught up with the country hitmaker to talk new music and what’s next.

You’ve got a lot to celebrate lately with the success of “Worth A Shot”, the newest single “Better When I Do”, the upcoming EP and a tour planned. After being in the business for so long, does it all still hit you the same way it did when it was all so new?

It never gets old, that’s for sure.  When a new single gets released, I feel as though it’s my first.  When I hear it on the radio for the first time, it’s as though I’ve never had a single out before and is as exciting as it was when I had my first single on the radio on April 14, 2000!

Tell us the story behind writing “Better When I Do”.

Sadly, I never wrote Better When I Do”.  I actually found that song when I was in what’s called a “listening session” in Nashville at a publishing house.  I sat for over an hour with a publisher called This Music and had gone through about 30 or so songs that just weren’t a fit for me but when I was “Better When I Do”, I knew it was a song that I just HAD to record.

You’ve spoken about how much you admire the truth that’s in country music – are there any particular artists that really honed in on that and inspired you as a songwriter?

I’ve always admired Garth Brooks with his ability be honest with his music and pushed the envelope with situations that most people thought were taboo. Country music, in general, has always told stories about real situations and continues to do so.

As someone who’s been in the game for over a decade, how do you see the future of country music? Are there any Canadian artists that you’re really excited about?

Having been in the country music industry for over 25 years in total, I’ve seen the genre grow in sound, style and new artists emerge.  A few of my favourites are Meghan Patrick, David James, Kira Isabella, and The James Barker Band.  They have great music that I really dig and love watching them grow as artists and hearing their music really gives me a good feeling knowing that Canadian Country Music is in good hands for the future!

How would you describe the energy at a live Aaron Pritchett show?

The only way I can describe the energy at my show is “electric”.  We try to start the evening off with a bang and end off with a bigger bang!! And in between it’s a non-stop, in-your-face experience with songs from the past and present that will get people out of their seats with excitement, singing along to every song… hopefully!!

What can fans expect from your 2019 EP Out on the Town?

I’d say the key element to this EP is diversity in songs.  No two sound alike.  That was the goal when Scott Cooke, my producer, and I started the process over a year and a half ago.  From the true “AP” branded song like “Worth A Shot”, which is an anthem-themed track, to the pop-flavoured “Ain’t Stressin’”, this album hits all forms of country music that we see today from so many great artists.