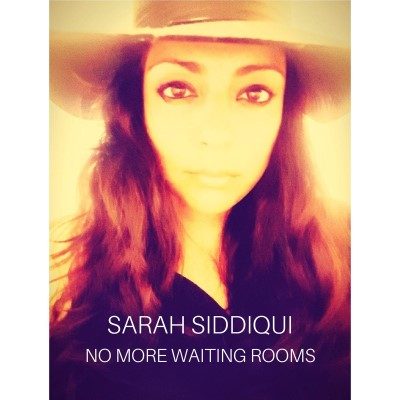 Siddiqui is both the writer and producer of her latest release – a project funded by the Toronto Arts Council. After dealing with major labels as a teenager she decided to release her music independently, and has since played shows in all over Canada and the U.S. as well as Berlin, and London, U.K. In 2013 she booked a showcase at Manhattan’s iconic venue, The Bitter End, where she opened up for the annual NYC Songwriters Series. Through her career, spanning three albums, Siddiqui’s list of artists she’s played live with is continuously growing, artists such as Shaye, Peter Katz, Paul Brennan, and flamenco guitarist Juan Dino Toledo.

No More Waiting Rooms is an honest body of work that tackles the most relatable topics in everyday life; from infidelity, jealousy, health, and happiness. Against an acoustic backdrop, there are a few standout moments to look out for; specifically the buildup to the last chorus on “Put me back in the sky” and the opening track “I Like It” – lastly is “I Hope” which features a soft violin accompaniment that really separates that song from the rest of the album. One notable track is “The Kids Are Gone”, a heartbreaking story of the gun violence that has taken over the news in the recent year. With each song, Siddiqui never holds back how she feels – which is exactly what you want in a songwriter.

No More Waiting Rooms is available to stream everywhere.