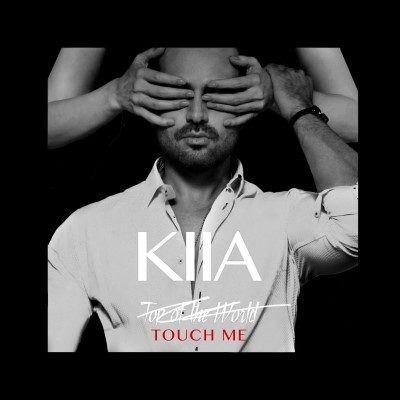 Toronto’s own KIIA has released his newest single, “Touch Me”  which is off of his upcoming album, LIEL set for release in early 2019. Find out more about KIIA in our newest segment of Five Questions With!

My name is KIIA. I’m a singer/ songwriter from Toronto. I’ve been playing music and singing since I was 7 years old. I started releasing music in 2014 as the lead singer/ songwriter for the bilingual band “Empire Eleven”, and currently am rolling out my first solo album “Love in Every Language”.

My music is R&B Pop infused with flares of Electro & Deep House and a sprinkle of Trap. Because of my Persian background, I write some eastern melodies/harmonies so I’d describe it as the perfect blend between and the west.

I recently performed at Dundas Square for TDot Fest. I have an album release party scheduled for February 2019 where I’ll be performing a few songs from the album. My live performance consists of me singing and playing or accompanied a guitar player on stage, a DJ or launchpad percussionist. Some of my songs are more upbeat so occasionally you’ll see me with a couple of talented dancers.

If I were to recommend only one of my songs it’d definitely be “Touch Me”. It’s a very sensual track with World Class electronic production and guitars played by brilliant guitarist Maneli Jamal.

Canadian Beats is all about Canadian music, so who are your current favourite Canadian bands and artists?

Canada has quickly become home to some of the greatest talents in the World. Among my favourites are Majid Jordan, The Weeknd, and Drake to name a few.