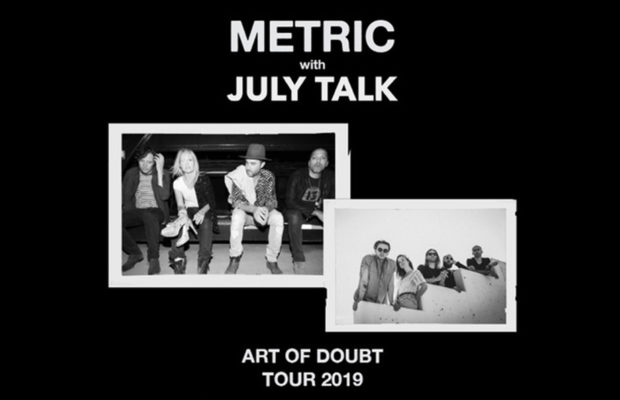 Metric and July Talk are heading on tour together in 2019. The bands will be starting off the new year by touring throughout the United States before heading back to Canada in April for a 12 date arena tour spanning most of the country. Both bands are hosting fan pre-sales on their websites (www.ilovemetric.com and www.julytalk.com) now with public sales starting tomorrow, December 14th at 12pm.

The tour will also partner with Plus1 for all the Canadian dates, with one dollar from each ticket sold going to Equiterre. Quebec-based Equiterre is helping build a social movement by encouraging individuals, organizations and governments to make ecological and equitable choices, in a spirit of solidarity. Find out more at https://equiterre.org and at www.plus1.org

April 17 – Save on Foods Memorial – Victoria, BC