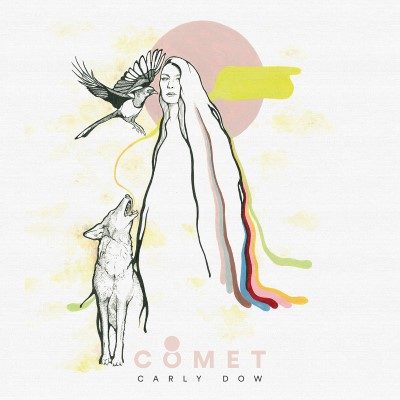 Comet is Manitoban Carly Dow’s second album and the influence of the prairies on Carly is prevalent in this album.

Comet features banjo, electronic guitar, strings and accordions, but it’s Carly’s voice which is the centrepiece of this album. Her rich dusky tone matches the album’s rustic tone, which though folk in , is definitely looking over the border at the of the fence. Each song sounds like it would be right at home coming out of the speakers on a hot Manatobian summer night.

The songs on Comet make frequent use of simple words and repetition in its lyrics to give an almost gospel quality – almost as if they are asking the listener to join in the chorus and sing along. This is aided by the boisterous instrumental accompaniment and frequent use of backup vocals on the choruses. One really gets the sense that Carly built a community in the creation of this album that she wants you to share in.

A standout on the album for me was “Constellations” which ethereal tone seemed to not only ask the listener to sing along but also bear witness.