Show Review – Alvvays in Toronto, ON 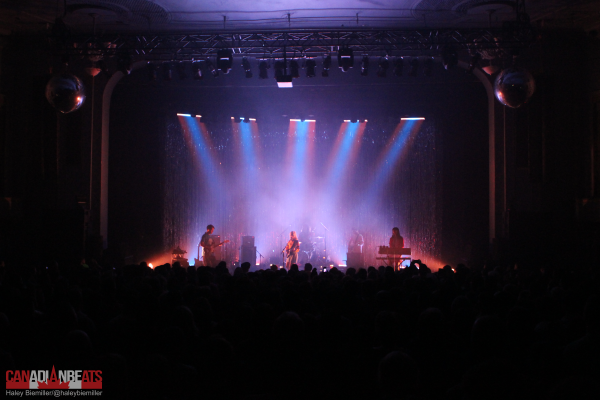 Who: Alvvays
When: December 6, 2018
Where: The Danforth Music Hall, Toronto ON

The band began the night with an upbeat song, ‘Hey’, and quickly transitioned the fans into the rest of the night hitting fan-favourites such as ‘Archie, Marry Me’ and ‘Dreams Tonite’.  The band connected with the fans on the special opening night of the mini-tour, making lots of eye contact with those special front-row fans who had clearly put the time into experience the magic up close.

The night went entirely too fast, even though Alvvays played a 17-song-long set. Fans were left begging for more when the band exited the stage before the encore, ending with ‘Next of Kin’. The room full of people cheering for their return was inspiring and it didn’t take long before Alvvayswas once again on stage. The crowd screamed with delight as the band reemerged, wrapping up the end of the first night with two more songs ‘Dives’ and ‘Saved by a Waif’.

Selling out a five-night mini-tour at The Danforth is no small feat, and I am not surprised that Alvvays was the band to do it. The energy shown on this first night by the band and fans alike was just a teaser for the rest of the week, and those who get to experience the show over again are truly lucky.