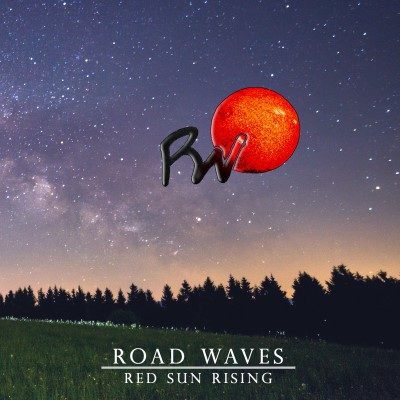 Starting in 2014, Road Waves have been making waves, no pun intended. Their first album The Lighthouse had critical acclaim, helping earn the band some awards at the Niagara Music Awards. Their latest album Red Sun Rising released in May 2018 was highly anticipated to their local and worldwide fanbase.

The album starts off with a funky bassline and a catchy drumbeat in the song “Lake Shore Drive”. The song instantly gives off mid 80s vibe especially with the amazing solo towards the end of the song. “So Long” starts off with an interesting synth and guitar combo that leads to a funky, smooth melody throughout the song. This is a song where I noticed the vocalist and his very unique sounding voice. It’s a smooth, yet soulful vibe to it, making each song sound unique.

“Your Next Move” takes an interesting turn as it sounds like a song by Jimmy Buffett as it has a reggae, Caribbean feel through it. The smooth bassline, the beautiful guitar work and soulful vocals. The solo that hits slightly after the 3-minute mark that leads into what sounds like a whole other song without killing the entire song is an excellent move as it speeds up the song. For the remainder of the song, it sounds like a good old fashioned party.

“Shine” is the slow song on the album, especially since it follows “Your Next Move”, the 8 minute epic in the middle of the album. One thing you should note about the album is the length of the songs. This isn’t a bad thing since all the songs have a uniqueness to them that doesn’t make them feel long. This song reminds me of a Lynyrd Skynyrd song, with the soulful lyrics and the beautiful lyrics throughout.

The title track is a 10-minute epic that features multiple tempo changes, from a quick start, to a psychedelic shift right in the middle, feeling a lot like a modern Rush song, to it dropping to a reggae feeling song when the vocalist comes back in. This is the key song to show you that length doesn’t mean anything if the song is great as this song does not feel like 10 minutes. Heck, it could be longer and I wouldn’t complain.

There is a reason Road Waves has won awards and have a critically acclaimed album under their belt, these lads are good. The perfect mix of modern and classic rock, fused with multiple genres makes this album, and anything else they’ve released can make everyone a fan of this band.