By Katherina Becerra on December 8, 2018 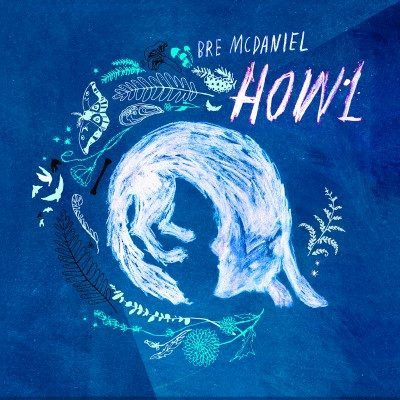 The Vancouver indie folk artist Bre McDaniel released her album Howl via Orphan Girl Records. The album showcases her musical evolution and shows how much hard work was put into it, to create songs with a significant background and deep senses.

The strong and powerful vocals from Bre transmit while you are also immersed into many different messages and feelings such as forgiveness, strength, happiness, and everything in between.

This album includes musical interludes with soft and melodious vocals that take you on a musical voyage as we listen to the stories behind the songs and receive the message of each one through the instruments, nature sounds, and Bre’s vocals.

The first song “Cill Dara’s Light” is the introduction of this album, giving you a glimpse into her feelings and inviting you to go ahead into “Pipelines” where Bre tried to catch the voices of the ones who were silenced, digging into the history and presenting a strong message of forgiveness, the same strength that you can feel on The Militant Mothers of Raymur, inspired by the real fact on 1971.

The passion in her work, the curiosity and joy she expressed through “Allen Ginsberg’s Song”, “Oriole” and “Sanctuaries”, added with an amazing musical background will leave you hooked.

“Howl”, the title track of the album is what she called “the undomesticated voice from inside” or her soul’s voice in the most pure of senses trying to inspire and show the world her desire and how she feels about it.
“Beau Geste Effect” take you on one last trip with her voice surrounding your mind and inviting you once again to hear the magnificent work she has shared with the world through this special album.

I was born on Chile 21 years ago, I am actually living in Montreal, Canada working to reach my place on Music Scene. I am a Music Artist and Creator, I was always passionate about music and I started singing when I was just a child and I decided to dedicate my life to improve my voice and musical skills. I play the guitar since I was 11 and language, poetry and arts are part of my life. I release my first EP Welcome to my Wonderworld on 2018 after years of work. I listen literally all genres of music, I love variety and I want to always improve my musical knowledge.