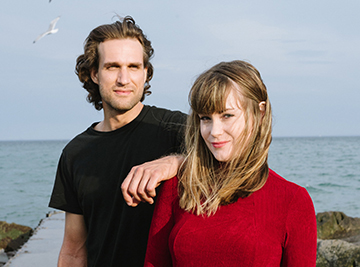 For their debut single, Toronto indie folk duo, In The City have released “Best Time”. While their music has been featured in CBC’s Heartland, Kim’s Convenience, Workin’ Moms & CTV’s Saving Hope, along with commercials and award-winning independent films, the release of “Best Time” comes ahead of their performance at the legendary Horseshoe Tavern on December 2nd, with a full EP set for release in early 2019.