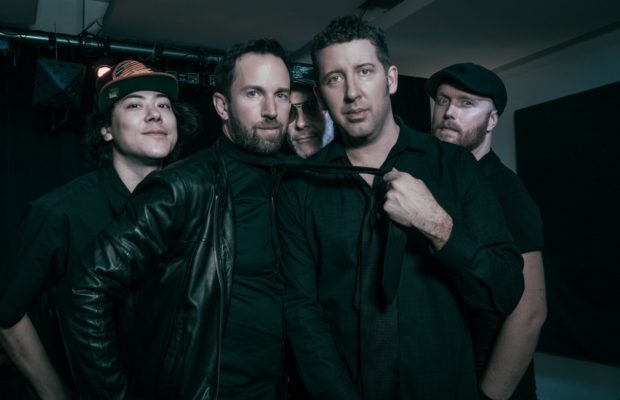 This duo has been making music together for six years – their first meeting came after Kisser saw Holman perform a song from another Canadian duo, Tegan and Sara, at his birthday party. Holman previously worked with the original members of Nickelback – pre Chad Kroeger. Now these two are making music together with total collaboration; Holman says “All the songs are written by Curds & Whey. Sometimes Greg will have a riff for me to work on and other times I’ll bring something forward. Either way it’s the collaboration we have that changes the songs into their final form. Writing in Greg’s studio and just going off on where our imagination takes us is where we need to be. We definitely don’t do it often enough.”

What started as a multi-genre duo has now moved into a heavier sound. Surrounding themselves with bandmates from heavy metal backgrounds they’ve noticed how it’s influenced their current sound; though they say their music is ever-evolving. For Holman, his influences are mostly melodic thanks to heavy doses of groups like The Beatles and ABBA throughout his childhood.

The possibilities within their music is endless – Kisser and Holman both agree their will be more experimentation once they are on a major label, with the ability to produce even higher quality material. When asked what they want to be known for, they’ve got one goal; “We want to be known as the ultimate Canadian festival band.”

Fans can check out their first two Spotify singles, “Lit Like A Fuse” and “Dead Sober” available on all Spotify and Apple Music.