IN PHOTOS – Charlotte Cardin & Chris LaRocca in Toronto, ON 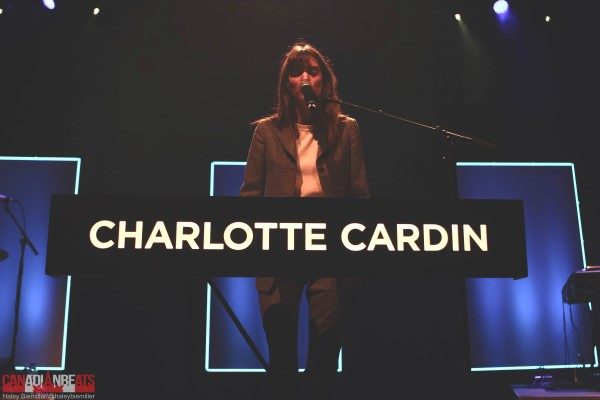 Who: Chris LaRocca & Charlotte Cardin
When: November 30, 2018
Where: The Danforth Music Hall, Toronto ON

Chris LaRocca opened the show for Charlotte Cardin playingoriginal songs from his EP Viola. Fansdanced and sang along as LaRocca played ‘Call Me Up’ an original song that wasreleased at the beginning of this year. Though his music is much more upbeatand high energy than Charlotte Cardin’s he was a perfect fit for this tour, andfans thought so as well!

Charlotte Cardin brought her headlining tour to The Danforth Music Hall, a big upgrade from the last time we saw her in Toronto at The Great Hall, and let me tell you the upgrade was very necessary. Cardin filled The Danforth with a sea of both English and French speaking fans, all coming together for the love of Charlotte Cardin’s beautiful voice.

Cardin came out in an adorable tailored suit that fans went crazy over,  but my personal favorite were her silver metallic shoes that she danced around the stage in all night. She played a full set of good and bad relationship songs, but would we expect anything else from her? We even got to hear a new song called ‘Good Girl’ for now at least (said Cardin) as it is a very similar name to a few of her other songs such as ‘Main Girl’ and ‘Big Boy’ which of course were huge hits at the show.

Cardin did not waste any time on stage as she played every single song in her discography, and the crowd could not have been happier. Fans sang along to every word, gasping, as they would hear the beat to the next song begin.

I personally, have been lucky enough to see Charlotte Cardin three (3) times now, and I have to say her vocals just keep getting better and better, as well as her stage presence. Cardin began most of her songs by telling little stories, and the common trend seems to be the good girl falling for the bad boy, and though I don’t want to speak for others, I got the vibe that many of her fans strongly relate to her struggle just by their responses.

As the night came to end, she closed the show with a crowd favorite ‘Les Jupes’ and fans were left begging for more as Cardin joked that she truly had no songs left to play. She smiled and ran off stage while promising she would be back soon.