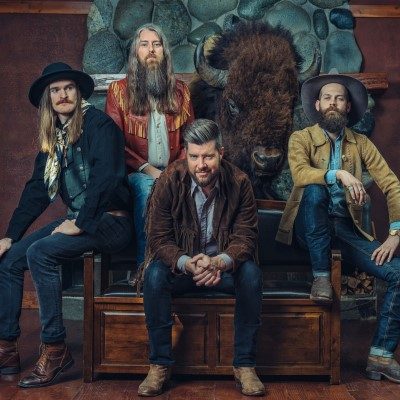 Two-time JUNO Award-winning Canadian bluegrass band, Tim & The Glory Boys took some time out of their busy schedule to chat with us about their Cross-Canada tour, being nominated and winning JUNO Awards, and also being advocates for child protection charities!

Were a Canadian Country/Bluegrass/Gospel band from Abbotsford/Winnipeg/Selkirk with Ukrainian/Scandinavian/Métis/Mennonite roots.  A testament to Canadian diversity, eh?

What made you want to be an advocate for child protection charities? I believe these charities are overlooked so it’s amazing to hear someone discuss them.

Supporting at-risk children through these types of ngo’s is the most practical, and personal way we’ve found to make this ‘rockstar’ thing about more than just our faces being splashed on album covers and billboards. Don’t get me wrong, it’s the best job in the world, but if it’s only about getting more famous, or making more money, I’m not sure we’d be into all the sacrifices it takes to pull it off.

What encourages you to be so passionate about philanthropy and giving back?

With this music career, I feel like I’ve been given a gift and a platform that I don’t deserve. The urge to give back is more a reflex than a feeling of obligation. I GET to give back. And there really is no more rewarding a feeling than the altruistic high… it’s almost as selfish as it selfless because it fulfils on such a deep level.

You were nominated and won a Juno award for Contemporary Christian/Gospel Album for the Year twice; what was that like being nominated and then winning as well?

The Jesus-JUNO! Haha yes! we’re in the two-timers club… It’s an odd one though. As far as I can tell, it’s the only category of music that’s almost exclusively defined by lyrical content rather than instrumentation, or actual genre. I’d been nominated 5 or 6 times for the same award before ever winning. And it should be telling that I’ve lost that same award to a mass choir, a metal band, and a rapper. All that said, of course, it’s an honour, and it feels really good to win!

You’re doing a cross Canada tour; what are the best and worst parts about doing such a long tour?

It’s a ridiculously beautiful country, so the best part is, we get to travel through and experience all of that beauty day after day. The different cultural nuances (Newfoundland feels like a country all to its own) the regional food options (j’taime Quebec!) The topography (BC for the win!) Mountains, oceans, prairies, we get to see all of it.  The worst parts are harder to come up with… The biggest sacrifice is the time away from our wives and kids. It’s our wives that are the true rock stars in the family. They deserve at least half of the credit for any successes we have.