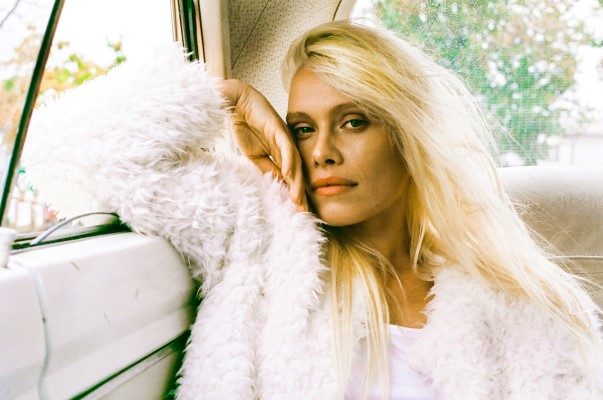 Electro-pop darling Emily Rowed is back with her newest singles, “Pinball” and “Hey Love” off her sophomore album April. This release comes after her 2017 debut EP Electric Heart, released under 604 Records, which earned over a million Spotify streams.

After a year of travelling and living out of a suitcase, both “Pinball” and “Hey Love” were born – while the rest of Vancouver-based Rowed’s sophomore release began to take shape. Using introspective storytelling against dazzling electro-pop melodies, Rowed is creating her own place in music; collaborating with co-writer and producer La+ch (Coleman Hell) to help harness her new sound.

We caught up with the songstress to talk songwriting, new music, and her goals for the new year.

What was the process like when you decided to transition from an originally acoustic-centred sound to music that gravitated towards the electro-pop world?

I wanted to make more noise – I still write personal stories but there’s more landscape around them now. I started working with DJs and discovered effects and sounds that didn’t exist in my folk music and it really excited me. This project really tiptoes between where I came from and where I am now, half singer-songwriter, half pop.

Tell us why you decided to release “Pinball” and “Hey Love” as the first tastes of the new album.

“Pinball” and “Hey Love” are a good representation of the mood of the record. There’s also a hopefulness in both these tracks I feel strongly about – we couldn’t hit ‘em with all the heartbreak first… but it’s coming.

Because you take such a vulnerable approach to your songwriting, is there ever any hesitation to write about those parts of your life? Or is it second nature as an artist?

I think it’s the only thing I can do but somehow I forget that people will hear them – that’s when I freak out.

What can you tell us about the energy behind your sophomore release April?

It’s half sun / half showers, bliss and grief. It’s about an April to an April – I wrote the songs about what happened that crazy year.

What has been your favourite part about this album’s process?

My favourite part of the process was finding my frankness as a writer. Nothing extra just the stories.

Have you started planning a tour to follow up the release April?

Yes but give us a minute…

Have you set any goals that you would like to accomplish with your music in 2019?

I would like to tour ‘APRIL’, play this album front to back any place that will let me. I also hope to inspire people to take big fat risks and remind people that life is an experiment.