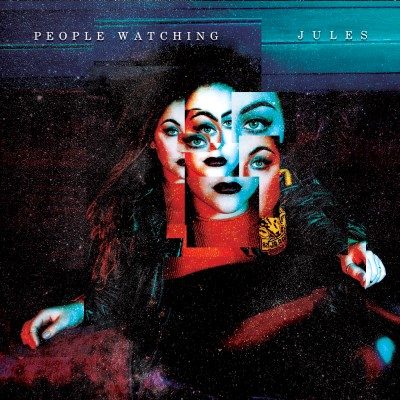 Jules is a Toronto indie-pop artist whose first full-length album People Watching dropped this month: An impressive feat considering Jules is only 17. Her age is also notable given it’s almost hard to believe such a soulful voice belongs to a teenager.

Overall the album has an old-school feel as many of the songs use a classic disco beat and funky guitar rifts for their backing. However, this nostalgic air is counterbalanced by Jules deep voice and lyrics that would relate well to a current generation. This is definitely a good album for the modern day dance floor.

A standout on the album for me was definitely the track ‘Fools Gold’ which, besides being a light, fun, dance hit, also contains some profound musings about internet celebrity. I was particularly struck by the line “I refuse to be someone’s wet dream\because I want to be someone, not something.” Another standout is the track “Before You Picked Her” which uses a Spanish guitar to turn a song about an indecisive lover into a flamenco-pop hybrid.

Jules is definitely an artist to watch as I can only imagine how maturity will improve an already stellar debut.