Home / Interviews / Renée Landry releases video for “Like A Boss” 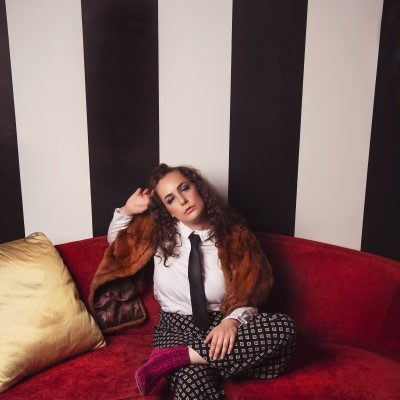 Ottawa, ON-based soul singer-songwriter Renée Landry has unveiled the video for her new single, “Like A Boss”. The single is off of her upcoming EP, Like A Boss to be released on January 11, 2019.

“Filled with empowering lyrics, heavy horn lines, and catchy melodies, “Like A Boss” is a modern-day anthem calling for women to rise up and be heard.”

Hi readers! My name is Renée Landry, and I am a soul/jazz singer-songwriter from Ottawa, originally from Sault Ste. Marie. I’ve been a professional musician for almost a decade, and have spent the last year working on my third EP Like A Boss, to be released on January 19th, 2019.

I’m inspired by the classic sound of the jazz and Motown eras and incorporate it into my own personal style with a modern feel. I’m influenced by a lot of artists with classic sounds such as Ella Fitzgerald, Amy Winehouse, Carol King, and The Beatles etc. I listen to a variety of music, so it’s important to me that I don’t limit myself to one genre when writing/creating. I just go by what I am feeling, and that may result in a song having a bit more of a blues, country or rock sound. However, it’s always based around my main soul/jazz influence. It’s important to me that I write music that is timeless and can reach a wide audience.

I do! I have been laying low working on the album, however, I have two shows coming up in December/January.

December 23, 2018, I will be performing alongside Frank Deresti & The Lake Effect in Sault Ste. Marie, ON at Loplops Lounge.

January 19th, 2019 I will be hosting my EP release show in Ottawa at LIVE! On Elgin, featuring duo Mack & Ben.

When you come to a Renee Landry performance, you’re in for a show! With funky dance tracks, soulful ballads, hot musicians, and glitter & sequins – get ready to dance, feel empowered and be taken on an emotional journey of lost love and heartbreak.

“Like A Boss”, my new single is my favourite right now!

SO many to choose from! I have to show some love for fellow locals The Commotions and The Peptides. I love new artists like Jessie Reyez, Neula Charles, Scott Hellman, jazz crooner Michael Buble, and of course classics such as Neil Young, Gordon Lightfoot, and Joni Mitchell.