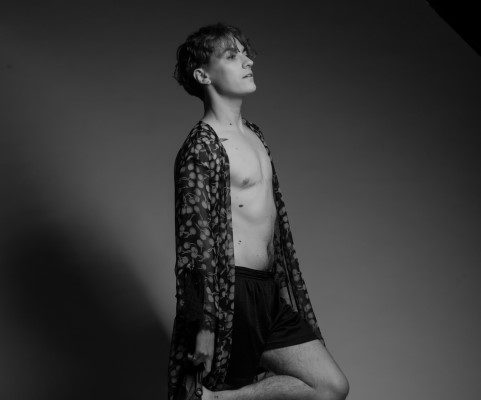 T. Thomason, who’s already made a name for himself in Nova Scotia, is ready to take on the rest of Canada and maybe the world. He recently released a new single called “Loser” on November 2nd, which is a follow up to August’s release of his single “Bliss”. The release of “Bliss” has already had over 60k streams on Spotify, which put him on the map for an artist to keep an eye on. We took a minute to ask him some questions, so keep reading if you’d like to learn more about the ECMA nominated artist.

For those who have never heard of you, can you tell us a little about yourself?

Hi, new friends! My name is T. Thomason, I’ve been doing this whole music thing since I was 13, just over 10 years now. I’ve put out 3 full-length records and an EP, and I’ve been crazy lucky to share bills with folks like Carly Rae Jepsen, Gord Downie, and Collective Soul. I’m a huge fan of pop music and great songwriting. There’s nothing better than putting “Tapestry” by Carole King on the record player, or “Desire” by Bob Dylan, and staying inside to cuddle my cat on a cold day.

I just started dropping some singles off a project coming out in 2019. My sound is moving from indie-rock to pop, and I’m so excited to share that journey with all of you! Thanks for following along, it’s nice to meet you 🙂

What would you say is your main inspiration is behind your music?

I draw a lot of inspiration from relationships in my life. Trying to figure others out, figure myself out, and understand how the world works. More and more, I feel deeply influenced by what’s happening politically around the world, especially in the US these days. I am intrigued by the new, social media-driven world we live in and what that’s doing to our relationships with ourselves, others, our environments. I guess I’d say that my main inspiration behind my music is navigating modern relationships and everyday life.

Do you feel that your East Coast roots play a part in your creative process?

I’m hugely thankful to have grown up in Nova Scotia and to be living there currently. Some of my favourite songwriters are from (or claimed by) Nova Scotia – Jennah Barry, Ria Mae, Steven Bowers, Chudi Harris, to name a few. I’ve been mentored by a lot of East Coast artists over the years, like The Trews in particular, and I think that really played a role in developing my sound at one point. With this new sound pop sound I’m moving towards, I have really inspired by artists and producers from all over, but the East Coast still holds a big place in my heart and my career, and will forever.

What is the story behind “Loser”?

It took me quite a while to write “Loser”. I started it as one relationship was ending and then hit my head against it for a while, then when my next relationship was beginning, I was able to access whatever it was I need to access to finish it. It’s funny how endings and beginnings of situations can be fraught with a lot of the same emotions.

Do you have any artists you would love to work with?

So many. Troye Sivan, Halsey, Kesha, Mitski, Bob Dylan, Mary Margaret O’Hara… the list could go on and on and get more and more random haha

There are A LOT of big plans for 2019….but until then, I’m all about Loser, all the time. I can’t wait to share some cool stuff coming your way about this track before the year is up!