Home / Promos / PREMIERE – THE NAIVE releases video for “The Moon”

PREMIERE – THE NAIVE releases video for “The Moon” 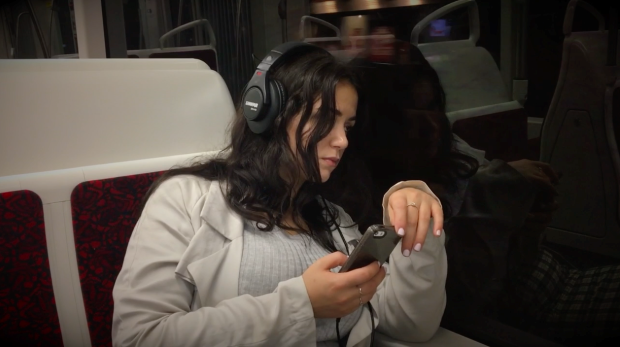 Toronto based band THE NAIVE have released a video for their single, “The Moon” off of their debut EP, Saw The Sun.

The video, which was shot in downtown Toronto by Marlon Chaplin features frontwoman & songwriter, Sintja being followed closely throughout the night from the viewpoint of an invisible observer. The audience has unique insight into her lone journey around the city streets and bars, including candid run-ins with friends and strangers. “The Moon” showcases a very real three dimensional perspective on the contrasting states of raw introspection and projecting to others.

Sintja shares on the video,

“To me “The Moon” music video speaks to Toronto’s pace of lifestyle from an individualistic standpoint, with the intent on showcasing its influence on one’s duelling relationship with themselves. Taking direction spontaneously allowed me to show two very genuine sides of myself when alone and around others while letting Marlon Chaplin take full direction in fulfilling his vision. It was filmed as if an invisible observer was following me around the city, and to me, that represents the metaphor of the moon being that observer in my song lyrics.”

Check out the video below and keep up to date with THE NAIVE via their socials.