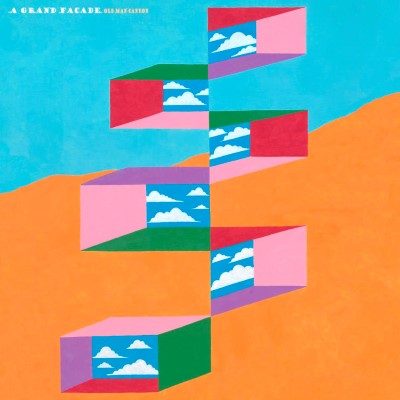 Old Man Canyon are back with their latest album A Grand Facade – the first release since 2016’s Delirium. The Vancouver indie rockers’ first single “Run Away” has been quickly gaining momentum, featuring spins on CBC Radio and a spot on Spotify’s Indie Chillout playlist.

A Grand Facade is a collection of dreamy synth-pop melodic waves. The slow-burning opener “Good While It Lasted” sets the tone for the rest of the album. With singer and frontman Jett Pace’s subtle vocals, the album dips in and out of escapism; whether it’s tracks like the existential “Run Away”, the psychedelic energy of “Young Again”, or the quivering-melodic curiosity on the “For The Taking” finale.  Jett Pace and Old Man Canyon continue to take their fans on a dreamy psychedelic journey – if you’re ready to go on that journey then A Grand Facade is where you want to be.