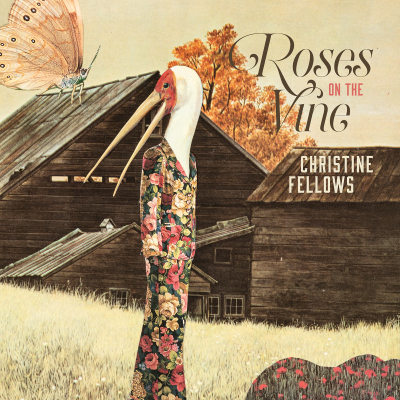 United by Christine’s light and airy voice, the result of this veritable toy  box of instruments give the overall fragile tone of the album a great variety of moods; from the charmingly happy track “Cocoon”, which seems intended to bring a smile to your face with its bouncing tune, to the mysterious track “Spell to Bring Lost Creatures Home”, which uses an eastern European rhythm and theremin to invoke its dark shadows.

Furthermore, the track “Unleashed” could be used to get your friends onto the dance floor with its fast pace rhythm, while the foreboding electronic heartbeat of the track “Passage’’ would be useful to aid in the melancholic reflection of ghosts past.

Overall, the album demonstrates Christine’s skill and variety, while still maintaining her unique voice. From dark to light tones, the album evokes the image of a delicate insect, fluttering its gossamer wings to communicate its dynamic mood to you.