Home / Promos / Maryze and Ciele call for sexual assault accountability in the music industry with powerful new single, “Men Like You”

Maryze and Ciele call for sexual assault accountability in the music industry with powerful new single, “Men Like You” 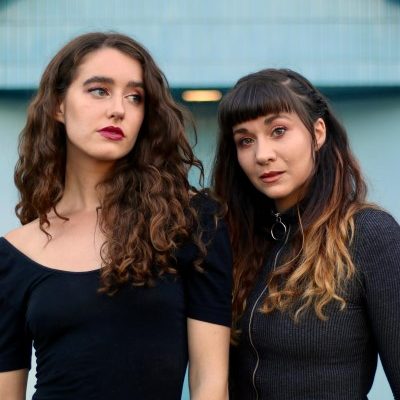 Pop-R&B artist Maryze has teamed up with producer/ vocalist/ lyricist Ciele to release the powerful new single, “Men Like You”. The track is meant to be an open letter to sexual assault abusers and a “battle cry for survivors”.

The artists met while studying at the University of Victoria in British Columbia, and felt compelled to write the song after sharing their similar personal experiences with male musicians and producers. As Maryze describes,

“when we shared our similar experiences with each other, we built a foundation of mutual trust and support…We felt less alone, and finally seen, which is a feeling that we hope to share through this song.”

The vulnerability heard in “Men Like You” remains powerful in its delivery, directly speaking to anyone who has felt silenced by such abuse in the past.

With the heightened discourse around accountability for sexual assault, the two felt like it was a good time to join in on the discussion and share their story.

“We understand the difficulty of being able to speak out about sexual trauma, for fear of putting oneself at risk emotionally, professionally, and physically… neither of us felt comfortable or safe enough to make our stories public before the recent conversation and movements surrounding the issue, such as Me Too, founded years ago by civil rights activist Tarana Burke, and #WhyIDidntReport”, explains Ciele.

The music industry, in particular, has slowly been addressing these issues and we hope “Men Like You” can continue that conversation.