Five Questions With The Mystics 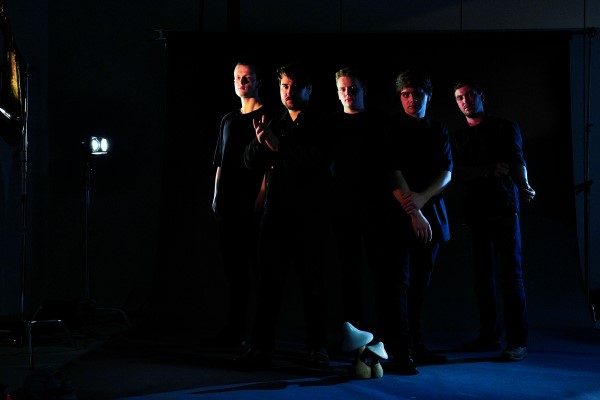 Barrie, ON-based psychedelic rock band, The Mystics are back with a brand new music video for their single, “Desert Ritual”.

“We are so excited that we finally released our first song!  That moment when you hear your music on the radio for the first time is unlike anything else.  We are all really proud of our hard work especially creating the music video, and the response has been incredible.  We can’t wait for people to hear what we’ve got coming out next!”

Check out the video below and find out more about the band in our newest segment of Five Questions With.

Hey, we are The Mystics from Barrie ON. We’ve only been a band for less than a year, but we’ve been working hard since pretty much since day. So far we spent the summer touring Ontario, playing some festivals and sold out shows, as well recording our album in the studio. We’ve all been in bands before so we know how important it is to work hard and set a steady pace.  We’ve really managed to do a lot in 10 months and we don’t plan on slowing down anytime soon!

We are trying to draw inspiration from the old bands and classic artists we love while bringing our own sound and modern tone to the table. Our live show usually features some psychedelic guitar solos, raging organ riffs, funky bass lines, and screaming hot blues vocals. We really just want to focus on great songwriting and putting on a killer live show.

We just played the Horseshoe Tavern in Toronto last week for our single release and we have another show coming up in Toronto on Dec 20th at Lee’s Palace!

We like to kick ass when we perform, but more importantly just have fun on stage and get the audience into it. Some of our tunes are funk and jazz, and some are straight up heavy hard rock southern blues. It is the blend of different vibes that we think draws different people in, and we want to appeal to a mainstream audience and a wide variety of music lovers.

It would probably be our debut single “Desert Ritual.” We just released it with our music video, so we would love for people to check it out and maybe even buy our music haha. We have a plan to release more music in the new year, so stay tuned for that too.

We really love Canadian rock bands such as The Guess Who, The Tragically Hip, The Band, Gordon Lightfoot, Neil Young, Blue Rodeo, July Talk, Arcade Fire, etc. and that’s just rock. There are so many incredible Canadian artists out there as well as other great bands that we are constantly inspired by. It is hard to pick just a few but those are a start. We love all kinds of music and try to draw influence from artists that innovate in their genres and have their own iconic sound.