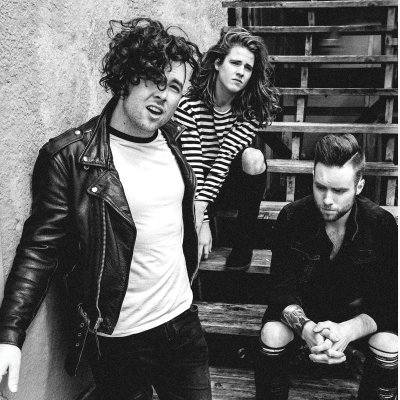 Her Brothers are back with their latest album Tribe, the follow up to their 2015 debut She. The band is made up of brothers Gabe, Josh, and Levi Penner, who have played together since 2006; at the time, Levi was just seven years old. As their career progresses they are working hard to make a name for themselves. Already they’ve shared the stage with notable acts like Colbie Caillat, Francesco Yates, and The Barenaked Ladies. They’ve played extensively across B.C., headlining at Abbotsford’s Canada day celebration, and toured Alberta through a partnership with the organization Mighty Peace Youth for Change.

Recorded in the band’s basement studio in Calgary, Tribe is a delightful rhythmic journey, encompassing the romantic vocal elements of the mid-2000s pop-punk era set to dazzling electro-pop beats. Hope seems to resonate as one of the overall themes of this album, with tracks like “Human”, “The Sky is Falling” and “Believe” all driving home these anthemic calls; while soothing instrumentals fall in between the written songs, serving as segways between each message. “Tribe” comes out of the gate with an Imagine Dragons-like intensity, which really sets it apart from the softer side of the rest of the album. We end the album with the nostalgic “Sentiments”, and with that, we have a very special Her Brothers album, one worth your attention.