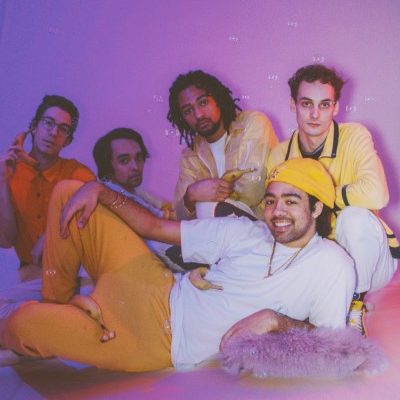 Vancouver, BC-based band, Schwey has recently signed to 604 Records and released their new single, “Can’t Stop (The Groove)” along with a music video for the release. The video was shot throughout their hometown of Vancouver, BC by Lester Lyons-Hookman, and shows the band dancing through the city streets until dawn, introducing their playful side and proving the quite literally can’t stop their groove.

“We’ve never done a video at this scale before. Lester and Jeremy are truly talented, gifted, intelligent, and beautiful people – we’re so lucky to have worked with them,” says the band. “In the video, we try to keep the same energy as our live show and just do our thing. The van is borrowed from our family band “Winona Forever” – I think it’s broken down now (rip).”

Check out the video below and find out more about the band in our Five Questions With segment.

We are Schwey from Vancouver BC. Isaiah Dobbs and Jacob Schwinghammer plus Jarah Dobbs featuring the best drummers and guitar players we can get our hands on.

We make sounds that appeal to us. Heavily influenced by soul, R&B, hip-hop, pop, funk and The Beatles. But who isn’t?

We do everything all at once when writing. We record, write, mix, produce, practice, jam, all at once it’s a really crap way to work but I highly recommend it.

We currently have two songs out so just listen to both of them and imagine everything in between.