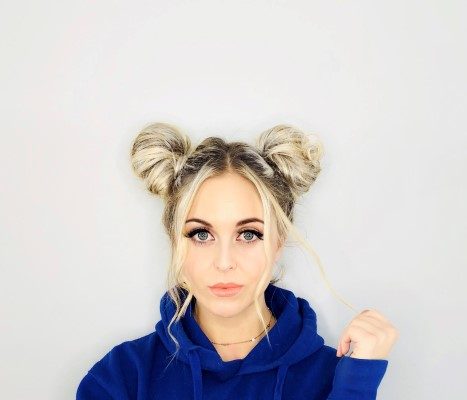 BC’s own singer-songwriter, Madison Olds writes and performs across multiple genres including indie folk and pop. Today, we are happy to unveil the video for her newest single, “Thank You. This single follows her previous track, “Moments in the Mountains“, which was written as the theme song for the Kamloops 2018 British Columbia Winter Games.

Madison shares on the video,

“With multiple takes on heart break, the video captures the essence of losing someone important and being able to pass through that storm to be stronger on the other side.  There is a strategic ambiguity about the song and the types of relationships that could have been portrayed were endless as “Thank You” is everyone’s story at some point in their lives. I hope anyone watching the video connects with one of the three scenarios and finds strength in the growth that comes from loss and heartbreak.”

Take a moment to check out the video below and find out more about Madison in our Five Questions With segment.

Care to introduce yourself to our readers?</strong

Love to…I’m Madison Olds, from Kamloops, B.C. and I’m usually found sporting my two space buns, and wearing some outlandish suit.  Late last year I wrote and released “Moments in the Mountains”, the theme song for the 2018 BC Winter Games, which has captured the interest of tourism and television.  I’m excited and so relieved to have just released my first single “Thank You “, off my upcoming album, “Blue” to national radio, produced by Juno award winning producer Brian Howes and Jason van Poederooyen.  Having just finished my first radio tour, I met some amazingly welcoming industry radio peeps and discovered that even GPS can’t help me navigate Montreal and all its construction. Right now there is no feeling like hearing my song played on the radio.  When I’m in my car and it comes on I lose my mind just a little.  I really couldn’t be more grateful to the stations playing it and to the listeners tuning in.  The rest of my album was recorded in London, UK at Sticky Studios and I can’t wait to release the whole thing.  It feels like… I’ve. Been. Waiting. Forever.  I hope people will listen for the next single off that album, releasing mid-November, called “24”.

My music style is singer-songwriter with pop sensibilities, however, I do tend to lean more toward the acoustic side of things.  Even though “Thank You, my first single off my upcoming album, is a fuller production, the songs that will follow are more acoustic with that ‘trip-over-themselves’ fast-paced lyrics that Ed Sheeran and Julia Michaels are recognized for.

In regards to upcoming shows, I have been focused on recording my debut album, on my radio tour in support of “Thank You” and on building my song portfolio for possible publishing connections.  The rest of my album will release early 2019 at which point I will be following up with a Canadian spring tour; dates to be announced.

I grew up as a competitive dancer and so I think that my live performance is quite lively and engaging.  Tap dancing was one of my favourite genres, so I challenged myself to incorporate the looper pedal in my show and I’m having a lot of fun with it.  This has been a critical piece for me because it’s a way to feel bigger when you’re a 5’3”, space bun’d blonde gal. It has also added production value to my show and helped me to become a more engaging and self-sustaining artist. I’ve also been told that I have a “happy” energy that makes people settle in and feel comfortable during my show.

As my first release off my debut album, I would love if people would listen to “Thank You”.  I worked on this song for almost two years with a great group of people and I am excited that it has finally been released and gone to national radio despite some bumps in the road.  I feel that the vocals are a great representation of my live sound and I am so proud of the overall production.

My favourite Canadian band is the Arkells and I just recently got to see them at Bumbershoot in Seattle and was blown away by their high-energy performance.  My favourite female Canadian artist is Alessia Cara because she is unapologetically herself in everything she does. Her new single, “Trust My Lonely”, is brilliant to me in the way that it is relevant in production to current pop but has more meaning in her lyrics staying true to her singer-songwriter abilities; a quality I relate to.

My favourite male Canadian artist is Drake, because let’s be honest, he’s killin’ it!