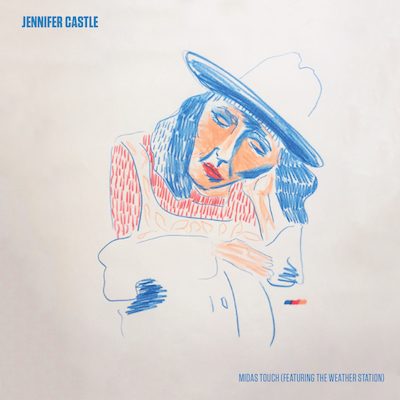 The single is part of a collaborative effort between the longtime friends and current tour mates. “Midas Touch” was recorded in a one-day session in London, ON, as part of the Polaris Collaboration Sessions (Jennifer Castle was nominated for the Polaris Music Prize twice).

Jennifer reflects on the collaboration:

“I came to the project via Tam, and it seemed like a really rare opportunity to go into the studio and have that resource provided for us, so I think we both kind of jumped on it on that level. I feel grateful for a day in the studio today and an opportunity to do something we wouldn’t be able to ‘afford’ to try.”

“I’ve looked up to Jennifer for a long time and she’s been a songwriting and singing hero of mine for probably forever, I thought it would be cool to see inside of her process and learn something. It’s actually been really cool as we’re more similar than I thought. I see her doing things, and it all makes sense to me, and I understand her music better.”

Jennifer Castle is currently on a solo tour across North America, supporting her latest album “Angels of Death”, and then several dates across Europe opening for Andy Shauf and Eleanor Friedberger. Here are all the dates: