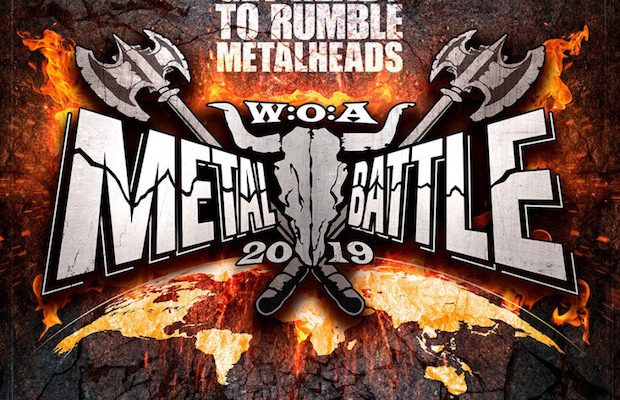 For over a decade, at the world’s largest outdoor metal festival Wacken Open Air, independent metal bands from around the globe have been performing in front of thousands, competing to be crowned “champion of the world” at the Wacken Metal Battle.

Participating cities (Toronto, Hamilton, Ottawa, Montreal, Quebec City, Saskatoon, Calgary, Edmonton, Vancouver/Lower Mainland, Vancouver Island, Interior BC, Halifax, St. John’s, NL) will host qualifying rounds, and a city final, where top Canadian bands will move forward to the national finals. The winner of that national final will move on to perform at the 30th edition of Wacken Open Air (taking place from August 1st to 3rd in Wacken, Germany), and compete against the winners of 29 other countries in a final global battle.  All bands will be judged during battle rounds by respected local music industry representatives.

Canadian unsigned bands can sign up for the 2019 battles before December 2nd at 11:59pm PST. To sign up, or for more details, visit: http://www.metalbattle.ca . For more information about the Waken Open Air festival, visit: https://www.wacken.com/en/