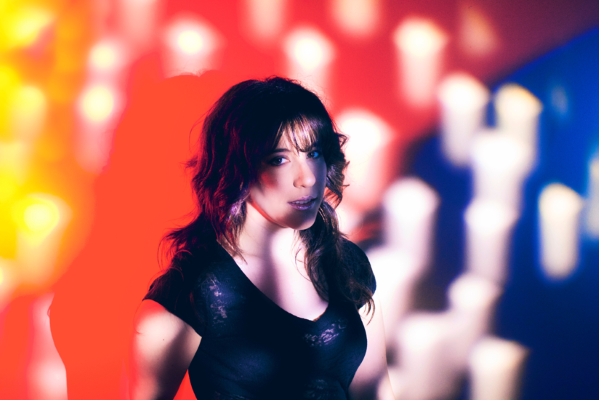 Edmonton, AB-based pop artist Letters from Pluto is back with a brand new single, “Right To Know”. The single was produced by GRAMMY award winner, Ian Prince, and brings a bold pop sound, with her signature synths, all building one incredible track.

Check out the single below and find out more about the song and what she has planned for the rest of 2018!

It’s been a year since we’ve last spoke to you, and you have just released a new single, “Right To Know”, which was produced by Grammy Award winner Ian Prince, what can you tell us about the writing/ recording process?

Thanks for having me back! “Right to Know” was a bit of a unique situation as I had almost the entire verse lyrics and melody already built before I had even considered the chord progression. I usually write music first, but this song wrote itself lyrically so quickly. Working with Ian is always a joy from start to finish, and I always have a ton of fun – this time was no exception! I recorded this single in Vancouver at the same time I recorded my previous single, “Stop and Stare”.

You held an intimate release show at Zeidler Dome, making you the first artist to ever perform in the dome, how did that go?

It was an absolute INCREDIBLE, mind-blowing experience! It’s very difficult to explain what a concert in the Zeidler Dome is like, as you’re performing in the middle of a circular room, with the audience all around you. Additionally, there’s a giant screen that essentially covers the entire top half of the dome, with space projections and other trippy visuals. Also, there are lasers coming from all around you! The only word I feel accurately represents the show as a whole is ‘psychedelic’. It’s definitely something that needs to be experienced to be understood! I’m so grateful I had the opportunity to perform there, hopefully, I’ll be able to do it again in the future!

How has the response to the new single been so far?

It’s been very positive so far! I’ve gotten some really lovely messages from people, commenting on how they relate to the song and its message. As a writer, you always try to write from the heart, and it’s a fantastic feeling, knowing that the song is resonating with people.

Do you have any plans of touring for the rest of the year?

I wish I could say yes to this! At the current moment, there are no plans for touring, as I’ll be settling into heavy songwriting mode for the rest of the year.

I have a very exciting trip coming up soon! I’ll be heading to Europe and the UK to work with some other writers and producers! I’ll also be attending a songwriting camp with some fellow songwriting friends I’ve met through the years – it’s going to be incredibly exciting and I can’t wait to head over there and work on some new tunes.

Thank you SO much for your continued support of my music – I’m so grateful! There’s a lot of really exciting things coming in the very near future, so keep your eyes (or should I say ears?) peeled! Feel free to say hi on social media!