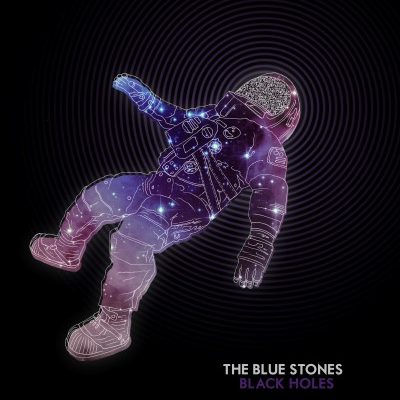 Hailing from Windsor, Ontario, the two-piece blues-rock outfit The Blue Stones released this latest album Black Holes on October 26th. The album is a concept album, which lead vocalist Tarek Jafar stated “The album’s about being a young adult and entering the real world from a sheltered environment, like college.”

After giving the album a full listen before breaking down individual songs, the album has a darkened yet grooving vibe throughout. Each song has its own story progression through the album. The album gets a great start with “The Drop” which has a Black Keys vibe to it, gritty and raw throughout. While the title track “Black Holes (Solid Ground)” has a Queens of the Stone Age vibe with the heavy drum beats, the returning gritty guitar work and the deep voice of the lead vocalist.

“Lay” is a slower song at the beginning, feeling like an acoustic ballad throughout up until the chorus where the band go back to their gritty feel. “Rolling With the Punches” reminds me of the Rolling Stones, the excellent guitar work throughout, the group vocals and creative lyrics throughout.

“Orbit” is a 50-second musical lead up to the melodic and beautiful ending track “Magic” which has a grooving melody throughout mixed with beautiful lyrics and an excellent voice of both singers. For an album ender, this track is the perfect example for any new band to go to to see how they should finish it off.

In a world of modern pop and rock music, The Blue Stones have appeared to give us the best alternative music that we didn’t know we wanted. Their mix of modern blues rock and classic rock mixed with their creative, beautiful lyrics and vocals give these guys a great opening album. You can see that the past 7 years were not in vain of them getting their footing.