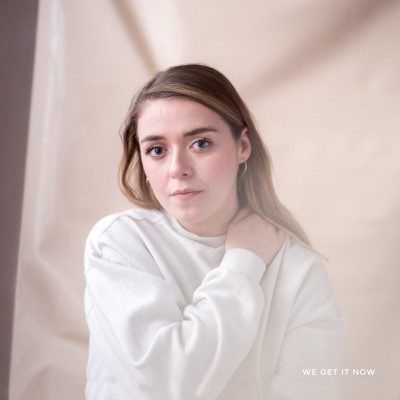 We Get It Now is the third album from singer-songwriter Kirsten Ludwig. Since her 2014 self-released debut, Ludwig has travelled and worked in a range of places. She has participated in Berklee’s summer music program, toured cross-Canada with Madic Records, and performed in Germany, The Netherlands, Austria and Switzerland.

Perhaps as a result of this remarkably transitory career, We Get It Now has a spacelessness to it. The record has dynamic and encompassing soundscapes. Yet, I would hesitate to call We Get It Now atmospheric. To do so would imply this is the kind of album you can just put on in the background and forget about. More likely, listeners of We Get It Now will hang onto Ludwig’s word. The records lyrics speak of grief, loss, and resentment. However, implicit but unmistakable, Ludwig also sings of survival. As hinted by its title, We Get It Now speaks the burdens and comforts of experience.

Ludwig has cited indie-pop groups, such as Beach House Volcano choir, in the formation of her sound. These influences, as well as many other contemporary Canadian artists, can certainly be heard in her dreamy-folk tracks. We Get It Now, particularly on tracks “There You Are” and “Dead Spaces” with their soft drums and warm vocals, additionally brings to mind Stevie Nicks and Fleetwood Mac. We Get It Now is going to make a spectacular album to have on repeat in the coming winter months.