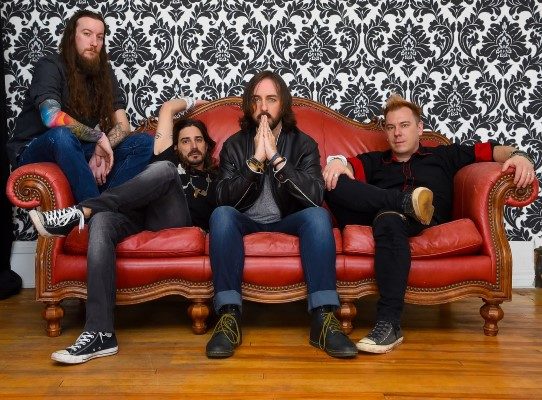 Hamilton rockers The Castor Troys have a new music video to share with fans for their single “Blackout Love”. The song is off of their brand new EP entitled Legends Never Die which is scheduled to be released on November 9, 2018.

“This is a fast, riff-based track with awesome vocal melodies and harmonies, and a story that will sound all too familiar to many people.”

The band will be kicking off live promotion of the release with dates across southern Ontario with Black Collar Union, which includes a hometown show on November 1st opening for Canadian legends Headstones for the first date of their “The Picture of Health Tour”.

“We’re incredibly stoked to kick off this album release tour opening for Headstones, one of the reasons for this band coming together in the first place. Their sound was kind of like the center of the Venn diagram of all our influences. We’ve followed them since we were too young to get into clubs to hear them play.  And FirstOntario Concert Hall will be the biggest stage we’ve played yet. Then to follow that up with a series of shows with Black Collar Union will make this an Autumn to remember!”