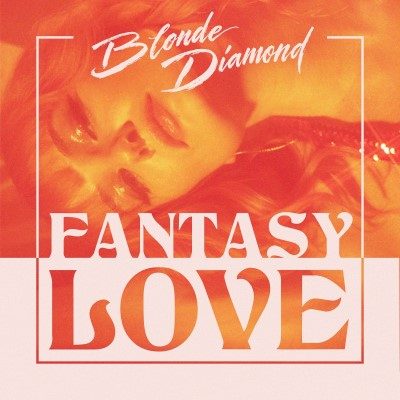 Vancouver natives Blonde Diamond aren’t strangers to the music scene. Formed in 2015, the former members of YOUNGBLOOD have been touring extensively throughout the last 3 years and have released their first EP entitled Fantasy Love earlier this month. The EP is set with 6 different songs which the band claim all have “intensively lush” arrangements.

Starting with the first song “Better When You’re Close”, which came with 3 versions, a radio version and 2 album versions, is a very catchy song right from the start. The funky bass line makes you move and the lead vocalist’s clear and catchy voice make this track the perfect introduction to this band.

“Bend to Break” is a slower song throughout compared to “Better When You’re Close”. Following suit with the opening track, the song is very catchy. It sounds a lot like the Yeah Yeah Yeahs with the melodic feel and higher vocals mixed with the transadelic melodies.

“Famous” sounds like a radio hit from the mid 90’s. It has the same tempo and melody as some of the biggest hits of that era. “Dark Place” is similar to “Bend to Break” with its steady melody fused with the vocalist’s excellent range and style.

“Wildest Ride” and “Show Me How You Wanna Be Loved” are the closing tracks of the EP and show the creativity of the band. Both songs have a similar style but have completely different lyrics and overtones. “Show Me…” for example sounds like a song I’d hear on the radio when I’m taking a bus somewhere or in the mall. It just has that mainstream feel to it throughout.

This band has the style to hit the mainstream running. Their creative style mixed with the modern mainstream feel of their music is just a straight fire away from mainstream success. This album has one of the most creative, modern vibes I’ve heard in a long time and has shown that this band knew the direction they are going.