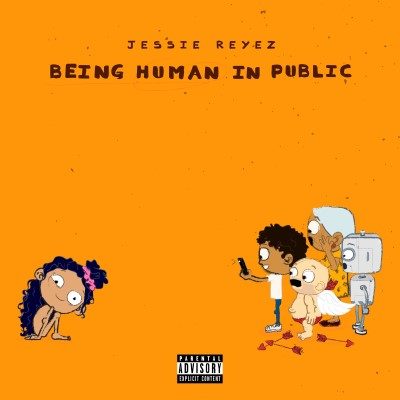 The EP opens with “Saint Nobody,” a beautiful song about how her parents came from nothing, so she feels the need to work hard and make all their effort to give her this opportunity worth it. The chorus hits with the line “Nobody’s gonna say I didn’t give it all,” which sets the tone for the whole EP – in which Jessie definitely has given her all, and created 7 amazing songs.

The next song, “Apple Juice,” is a bop I’ve already been jamming to for weeks. The sparse instrumentation in the verses allows Jessie’s Amy Winehouse-esque voice room to shine. It’s hard to do strings right in pop music, but this song gets it. The lyric “Love me/don’t let goodbye come too easy,” combines an upbeat tune with an emotional message.

Track 3, “Sola,” is sung in Spanish. This is a very pretty, almost lullaby-sounding song, about her telling someone that she isn’t the kind of girl their mother would want them to be with. It’s heartbreaking and sweet at the same time.

Track 4, “F*** Being Friends” has Jessie asking someone why they’re down to hook up with her but not down to date her. It’s incredibly catchy.

I hope that a music video drops for track 5, “Dear Yessie.” The music and vibe changes twice in the song and begs for an awesome visual to match.

Track 6, “Imported,” featuring JrM is a song about spending time with someone to try and get over the person you have feelings for.

Jessie talked on Genius about how the final song on the EP, “Body Count,” featuring Nomani and Kehlani, is about how unfair it is that women are shamed for how many people they’ve been with and men aren’t. This remixed version is full of girl power.

Overall, somehow this EP manages to be even better than her debut, Kiddo (but you should probably check that one out, too.)