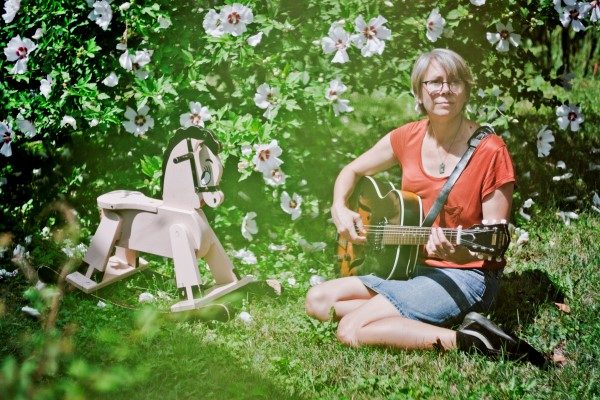 Multi-award nominated artist Kim Barlow is relaunching her music life in Nova Scotia after many years in the Yukon and a recent parenting hiatus. Barlow has recorded six albums of her own word, as well as many collaborations.

She recently released her new single, “Whitehorse” from her new album, How To Let Go which was released in September. The album features some of Nova Scotia’s finest including Mark Adams on drums, Nicholas D’Amato on bass, special guests including Old Man Luedecke, and more.

Kim shares on the single,

“Whitehorse is a love song for this massive body of land that we criss-cross for work or wanderlust. We break our hearts with the vastness of it, when we realize it’s impossible now to always be near the ones we love.”

Hi I’m Kim Barlow. I’ve been making albums and touring for a while – I’ve played the festival circuit across Canada lots, toured Europe & Australia, been nominated for several WCMAs and two Junos. I took some years off, got married, and had twins. We left Whitehorse, Yukon and moved back to Nova Scotia. Lovin’ it here – growing kids & tomatoes, going to the beach a lot, hanging out with my mom & dad. And making music again! My new record is called How To Let Go, and was produced by Mark Adam, a brilliant percussionist and prof at Acadia University with big ideas and a sweet straw-bale studio in Gasereau, NS. It was mixed by Marcus Paquin in Montreal (Arcade Fire, The National, Little Scream, Hey! Rosetta etc). It’s really exciting to have something new for you, with strong new songs about domestic minutiae, the larger picture, and a wild slant on some traditional Maritime tunes.

I’m a classically-trained guitarist who crossed over to the dark side, started writing songs and took up clawhammer banjo. I love music that is complex and multi-layered but also emotional, and lyrically direct. I call my music Contemporary Folk: It’s rooted in folk traditions, but I mess with them. I’m on the fringe of genres because I also like to rock and try new sounds. This album has drums, electric guitar, keys, electronics, samples, marimba; songs start small and get really big; they don’t always go where you’d expect.

I’ll be playing around the Maritimes a lot in the next few months – the Carleton in Halifax on December 6 among other dates, and then touring to Quebec and Ontario in March with Wax Mannequin. Shows are so much fun with my band! They are amazing players and they can represent the album really well live. There’s a lot going on and it’s interesting to hear the skill of these musicians and the way the instruments interact. When we can, we bring the big marimba – the combination of marimba and banjo is a great sound. Solo, the show is naturally a songwriter concert, intimate, and I love connecting with the audience this way, too. There’s a magic that can only happen at this kind of show.

“Whitehorse” is the single, and it’s a good starting point for this album. It’s somewhat similar to music I’ve recorded in the past, narrative and rootsy, but the production also hints at what’s to follow on the album, which covers a lot of ground from punky versions of traditional tunes to sampled loops and electronic swells to stripped down soulful stuff.