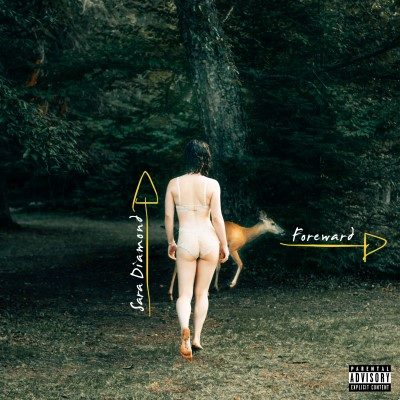 Montreal-based pop/r&b artist Sara Diamond is ready to share her debut album, Foreward. The young songwriter began singing at five years old on her mother’s record label and quickly developed a knack for the art. Her music is already making waves; hitting over 10 million streams, through her own projects and collaborations with other artists (Adventure Club, Paris & Simo, Naji).

Diamond’s voice harnesses qualities you’ll hear in other powerful female pop/R&B performers; the sweet-sultry tone of Sinead Harnett, or the smooth vocals you’ll hear on anything Jhene Aiko creates. Her words flow out like liquid candy to sultry thumping beats and a commanding audible presence. Diamond approaches each song with an ease and gravitas instantly intoxicating from the first note.

From the first pulsing beat on “Know My Name” you already know this EP is something special. There is power and authority when Diamond lays out these lyrics. Throughout the album a recurring theme appears; acceptance, in one way or another whether it’s of a certain situation or acceptance of our own lives and our journeys. In “Latter” she beautifully describes this feeling of owning where she is in her life despite outside opinions. “Crash” finds her on a journey that ultimately leads her to love as she croons ‘Somebody once had told me if the mind goes where it’s been, we will give into another and just call the rest a sin.’

Foreward could easily find its place in pop music with some of the best in the game right now. It commands your full attention; slick production, powerful lyrics, all tied in together seamlessly and with ingenuity. Download, stream, buy this album immediately.