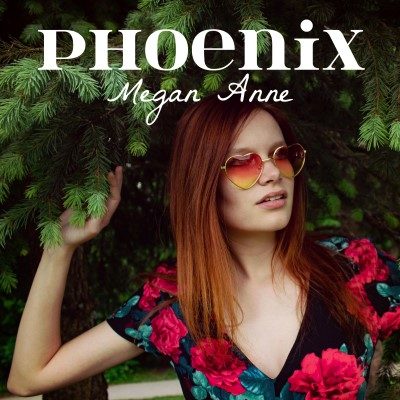 Barrie indie-pop darling Megan Anne has released her debut album Phoenix; the first track on the album was produced by known hitmaker JazzFeezy (whose credits include the likes of Drake, T.I., and Young Thug) and mixed Michael Jack – who’s worked with Hilary Duff and Nelly Furtado. The young songstress was crowned the winner of season five of LocalLiveCanada, an Ontario-wide music competition. As she prepared for her debut album she continues to perform around her hometown and around Toronto, including gigs at The Brownstone, Downsview Park, and The Georgian Music Festival.

Anne’s debut is a fun mix of pop sounds; floating between sultry-rock love letters like “& You” to delicate goodbyes written on a lovely piano melody on “Colin”, or finding oneself and living in the moment on the spirited “Stay Out All Night”. Lyrically her songs are crafted to be both approachable and perceptive –  leading one to easily make songwriting comparisons to pop darlings like Sara Bareilles or synth-pop cool-girl Halsey.

Megan Anne approaches her debut with a natural ease as she navigates through life, love and her own mind – delivering her words with punchy melodies and cool-girl swagger. Don’t sleep on this indie-pop delight.