New single “Take Me Back Home” from duo Sab & Steph 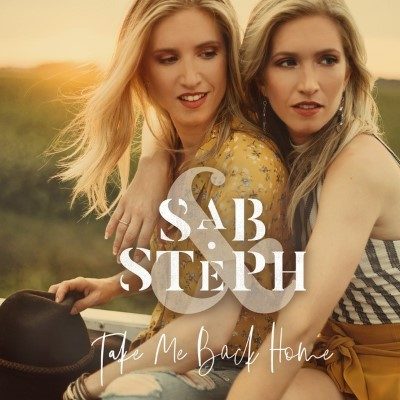 New country music duo Sab & Steph is comprised of twin sisters Sabrina and Stéphanie from Quebec City. The duo just released the official music video and single “Take Me Back Home.” The single is a taste of their music from an upcoming EP to be released in spring 2019.  Sab & Steph made their first public appearance as a duo on season one of La Voix. Introduced on the show as “les jumelles Barabé” they decided to stick with the name. After their appearance on the popular Quebec tv show, the duo produced their first album Réflexion in French and released it in October 2015.

After some musical rediscovery, the duo has since reintroduced themselves as Sab & Steph and are continuing to pursue their dreams in country music. Their new single “Take Me Back Home” was just released in both French (“Au loin là-bas”) and English to show pride for their first language and versatility as new artists. “Take Me Back Home” is a great sounding single. Sab & Steph both have great voices and have a special harmony while performing together. The song itself is fresh and hooks you on the first listen. It is breezy and has a great country feel and sound to it. You can check out the official music video, or have a listen for yourself on one of your favourite music platforms.