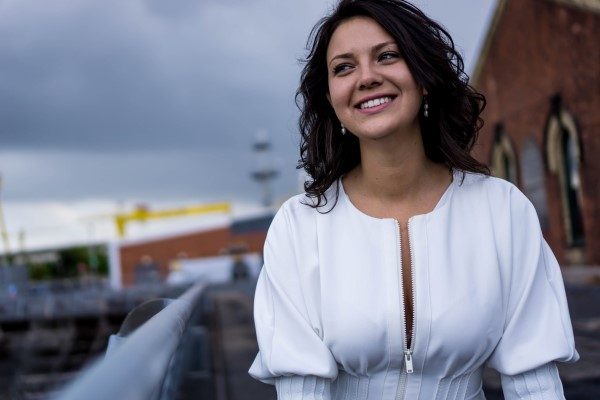 Canadian-born vocalist, musician and songwriter, Emily Jean Flack is set to release her first original EP, Throwing Shapes in January 2019. The first single from the EP, “Another Year Gone By” has just been released.

The EP is produced by Belfast native Peter Wallace and mixed by three-time Grammy Award winning producer/ mixer David Bottrill. On top of all this, the EP also features guest performances by traditional folk music, whistle, and flute player Brian Finnegan from the band Flook, as well as guitarist Marty Barry.

Emily shares on the single,

“‘Another Year Gone By’ was completely accidental. I wrote the chorus walking along the Shannon river, having just moved to Ireland. I suppose it was my attempt at allowing the music I was experiencing to influence my own writing. Later it took countless bus journeys from Limerick to Belfast to discover the rest of the song in the studio. The whole process -listening, challenging, seeking out new sounds and simply letting that organic flow take place, not only defined the song itself but set the process for the entire project going forward.”